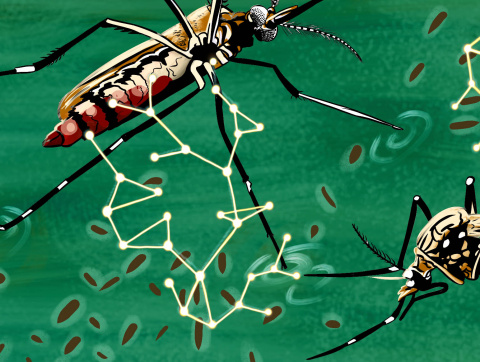 With Global Biodiversity Framework negotiations about to wrap up in Nairobi this article was drafted to address some of the broader narratives that shape issues like horizon scanning, ‘30 by 30’ and technology assessment negotiations within the Convention on Biological Diversity (CBD). This context is especially important for ensuring that gender, human rights and Indigenous rights are at the center of protecting and ensuring biodiversity for the future.

In the Sanak Islands there is no evidence of any long-term extinctions over the course of approximately the last 7,000 years. This is thanks to the detailed socio-ecological knowledge of the Indigenous Aleut people who have lived there over that period. Among their techniques for supporting and sustaining the ecosystem, seasonal alterations to their diet means that different species like sea lions, kelp and shellfish have time to recover between seasons, preventing extinctions.

In Western Australia, Martu Aboriginal people act as custodians of the land, stabilizing the desert ecosystems they are a part of through their food harvesting practices. Lighting small brush fires exposes the burrows of small prey for hunting, but this practice also serves to create natural fire breaks. When the Martu were forced out of their land in the mid-20th century wildfires became devastatingly large. Without the Martu’s socio-ecological knowledge and stewardship several small mammals became extinct. For example, the Rufous Hare-Wallaby is now extinct in the wild on the mainland.

Humans can, and as these examples show, do play an important and generative role in ecosystems. Of course, this doesn’t describe the role that the majority of North Americans and Europeans play in their ecosystems which is usually extremely destructive but it doesn’t have to be this way.

Indigenous people have long valued and cultivated biodiversity and recent research has validated this – 80% of the world’s biodiversity is protected by Indigenous people. In examples like the Martu and Aleut communities, humans not only protect biodiversity, but they can stabilize and support complex ecosystems. These successes come from a specific world view and understanding of the human relationship with nature. Rather than seeing humans as being in ‘control’ of nature, many cultures see nature and humans as kin, part of the same family – with different capacities but deeply interconnected. Other cultures see humans as part of nature itself and completely inseparable from the ecosystem. These are the values that underpin the successful protection of biodiversity in many communities.

Yes, rather than looking to and learning from the people who are already effectively supporting biodiversity to glean lessons about how to protect the world’s biodiversity, many countries, including the US and China, are working to erect firm boundaries between people and nature and creating protected zones covering 30% of the land and sea – an approach sometimes referred to as “fortress” biodiversity. The US is championing an approach called ‘30 by 30’ which pledges to protect 30% of the world’s land and sea by 2030. In China these protected zones are referred to as ‘redlines’ where development is banned. Implementing these redlines risks massive human rights violations, including cases where Indigenous peoples are forced off their land supposedly to better protect the land: but given the overwhelming evidence about patterns of Indigenous land stewardship and biodiversity this is simply outrageous. It also risks accelerated development outside of protected areas without concern for ecological impacts.

Another upcoming risk around the Global Biodiversity Framework (GBF) is interest in ‘modernizing’ and using new tools and technology to protect biodiversity. Tech ventures see tracking biodiversity as a handy 'social purpose' for testing new technologies like gene editing. For example, some are proposing to use new forms of genetic engineering (such as CRISPR and other forms of ‘editing’) tools to change the genetic structures of endangered corals. Yet these new technologies are experimental and irreversible when released into the wild; their impacts simply cannot be reliably predicted.

This is a story we’ve heard before. In the Green Revolution, communities who had successfully fed themselves and their neighbors were urged to buy into the new model of farm inputs. Farmers became indebted in order to afford these inputs, making them reliant on finance and compromising their autonomy and independence. This pushed farmers to grow monocrops which in turn increased their reliance on pesticides and fertilizers.

The parallel with exploitation and dependency created by the Green Revolution and that is likely to accompany reliance on technology for biodiversity conservation is strong. One of the goals of those promoting this new direction is to be able to financialize biodiversity. Under biodiversity offsetting schemes companies can pay to protect biodiversity in one area in exchange for decreasing biodiversity in another area. For disenfranchised populations, the prospect of receiving payment for protecting biodiversity or maintaining ‘ecosystem services’ could incentivize them to buy and use technologies to prove that they are effectively tracking and monitoring biodiversity. The cost of such disruptive biodiversity technologies could invite a cycle of debt and dependence, with Indigenous knowledge about animal behavior being subjugated to the technologies’ processes and data collection imperatives . Rather than communities being able to respond to nature, engaging in a two-way dialogue with nature, technology companies would have control over what species are prioritized. This could contradict Indigenous rights to harvest and gain a livelihood from their relationship with the land.

The foundation of this format is the financialization of nature and the idea that biodiversity is fungible, a koala over here is worth a stand of old growth redwoods over there. This is an inherently flawed system for understanding nature, based on positioning humans as in control of nature, with nature being assigned nothing more than a monetary value, insofar as it can be exploited or provide a service to humans.

Whether because of economic or political conditions, communities are often put in a position where they must consider adopting or adapting these kinds of technologies. Technology assessment allows communities to carry out a careful assessment and interrogation on their own terms. It is an opportunity for communities to look forward, anticipate and prevent damage or dependencies before new technologies are introduced.

These processes of technology assessment must be highly participatory and engage every group of people who might be affected by biodiversity technologies or people who have expertise through their life experience or knowledge of biodiversity. Through technology assessment, communities can identify the social and political interests behind specific technologies being advanced in the name of biodiversity and decide whether this is a technology that will actually offer a benefit or if they will create dependency like the technologies of the Green Revolution. This kind of process is foundational to a democratic society.

Despite the fact that technologies that were introduced for the benefit of industrial corporations have proved to be disastrous for biodiversity, the GBF risks removing reference to safeguards against future potentially harmful technologies - which include technology horizon-scanning assessment, assessment and monitoring - from the final document, preferring the simplistic notion of technology transfer.

While many of the countries represented at the UN negotiations assume the imposition of these technologies on the Global South as part of ‘modernization’, in reality this process is a continuation of colonial structures in the form of a flow of technology from global North to global South. Based on the failures to protect biodiversity in many global North countries and the successful protection of biodiversity in many global South and Indigenous communities, it would make more sense for protection strategies – many of which are not technological – to flow in the opposite direction. The global North has much to learn from communities like the Aleut and Martu Aboriginal peoples.