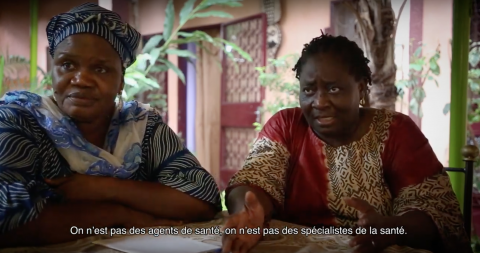 Target Malaria, a research consortium that aims to eradicate malaria-carrying species of mosquitoes using new genetic modification tools, does not have proper consent from communities for its experiment. That is the main message of a new short film that is being released this week.

“A Question of Consent: Exterminator Mosquitoes in Burkina Faso” documents conversations with residents of the areas where Target Malaria is conducting tests, as well as opposition from civil society groups in the region.

The film’s revelations pose problems for the project, backed by the Bill and Melinda Gates Foundation, the Open Philanthropy Project and the US Military.

Target Malaria’s planned release of GMO mosquitos is step toward release of gene drive mosquitoes, a high-risk technology aimed at the elimination of entire species. Hundreds of organizations have demanded a moratorium on the use of this technology outside of strictly-controlled laboratories.

“A Question of Consent” features several people from villages in the areas where Target Malaria is operating explaining that they have not been properly informed about the project or its potential risks.

Their testimonies appear to directly contradict Target Malaria’s claims that they prioritize “stakeholder engagement” in the communities where they are working.

“We spoke to a range of people in the targeted villages and neighbouring villages in Burkina Faso, and what we found was that people in areas affected by Target Malaria’s tests had either not been well informed about the project or were apprehensive about its potential effects,” said Zahra Moloo, a journalist and filmmaker.

“We know that the mosquito capture is going on, but to say that we are well informed, that is not the case,” said a villager from Bana, a village marked for the release.

“We know what happened with Monsanto,” said a resident of the village of Nasso, which lies 5 kilometres from the targeted village. “Anything that is modified always leaves traces.” This is not the first time Burkina Faso is experimenting with GMOs: Monsanto introduced genetically modified BT cotton into the country in 2008, which led to a drop in the quality of cotton.

In November, the UN Convention on Biodiversity laid down strict conditions for the environmental release of gene drive organisms. These conditions require that “the ‘free, prior and informed consent’ or ‘approval and involvement’ of potentially affected indigenous peoples and local communities is sought or obtained” before any release is undertaken.

“Based on what we’ve seen, Target Malaria’s work in Burkina Faso in no way meets the requirement for consent that the UN has just adopted,” said Silvia Ribeiro, Latin America Director at ETC Group.

“A Question of Consent” also features a demonstration that took place in the country’s capital, Ouagadougou, in June 2018 which brought together people from different West African countries to protest Target Malaria’s project.

“The best way to fight against malaria remains to put in place a good sanitation policy for our habitats and our environment,” said Ali Tapsoba of the organization Terre à Vie in Burkina Faso. “Like other activists around the world, we are calling for a moratorium on gene drives to allow people to have a better grasp on the issue and to see how it could affect the future.”

“A Question of Consent:  Exterminator Mosquitoes in Burkina Faso” will be screened in Ouagadougou and Bamako on December 27.

Gene drives are new gene-editing tools that can force genetically engineered traits through entire populations of insects, plants, animals and other organisms. For example, Target Malaria has developed gene drives that could be forced through mosquito populations, rendering females infertile, and theoretically leading to the elimination of all mosquito populations that mate with gene drive mosquitoes or their genetic descendants.

If released experimentally into the environment they may spread engineered genes uncontrollably through wild and domesticated species. This could alter ecological systems and food webs, harm biodiversity and eradicate beneficial organisms such as pollinators.

Some companies have filed patents for commercial uses of gene drives, including the manipulation of the behaviour of wild bee populations.