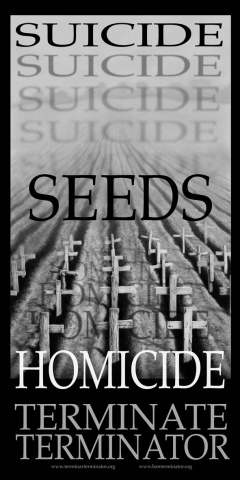 Re: Pending Terminator Legislation in Brazil

Update on Proposed Terminator Legislation in Brazil: Yesterday, ETC Group reported on the scheduled meeting of Brazil's Judicial Commission to rule on the constitutionality of a bill that would allow the planting of Terminator plants (i.e., plants engineered to be sterile in the second generation) in Brazil.  While the Judicial Commission did meet, it postponed the discussion on the Terminator bill until next week.

Background to Proposed Terminator Legislation in Brazil: Brazil’s House of Representatives currently has two bills before it related to genetically engineered sterility in plants. Both bills would amend the country’s March 2005 Biosafety Law prohibiting Terminator:

PL 268/2007 prohibits the selling of seeds containing Genetic Use Restriction Technologies (GURTS, more commonly known as Terminator), except in the case of “bioreactor” plant seeds, i.e., genetically modified to produce proteins or compounds intended mainly for therapeutic or industrial uses.

PL 268/2007 is moving through the House of Representatives now and has been analyzed by the Committee on Environment and the Committee on Sustainable Development and Agriculture, Livestock, Rural Development and Food Supply, and is ready to be considered by the Judicial Commission, whose task is to assess the bill’s constitutionality. After one postponement, the Commission is scheduled to rule on the issue next week. If the Commission’s opinion is that PL 268/2007 is constitutional, the bill is ready to be voted on.

A second bill, PL 5575/2009, which would allow the use of GURTs, has been appended to another bill, PL 5263/2013, sponsored by Rep. Dr. Rosinha (State of Paraná) in April of this year. PL 5263/2013 is awaiting consideration by a Special Committee whose opinion will be presented to the House of Representatives.

Before the bills can become law, they must also pass the Senate and be signed by the President; however, sources close to the Brazilian government indicate the process could move quite quickly.

Implications for the International Moratorium on Terminator: In 2000, the Conference of the Parties (COP) to the Convention on Biological Diversity (CBD) agreed on a de facto moratorium (Decision V/5), prohibiting the testing and commercialization of GURTs (Terminator).[i] The Decision was re-affirmed by the COP in 2006. If Brazil amends its Biosafety Law to allow GURTs, it will open the door to a violation of the international moratorium agreed by 193 countries, including Brazil.

[i] Convention on Biological Diversity Decision V/5 III para 23: “in the current absence of reliable data on genetic use restriction technologies, without which there is an inadequate basis on which to assess their potential risks, and in accordance with the precautionary approach, products incorporating such technologies should not be approved by Parties for field testing until appropriate scientific data can justify such testing, and for commercial use until appropriate, authorized and strictly controlled scientific assessments with regard to, inter alia, their ecological and socio-economic impacts and any adverse effects for biological diversity, food security and human health have been carried out in a transparent manner and the conditions for their safe and beneficial use validated.”