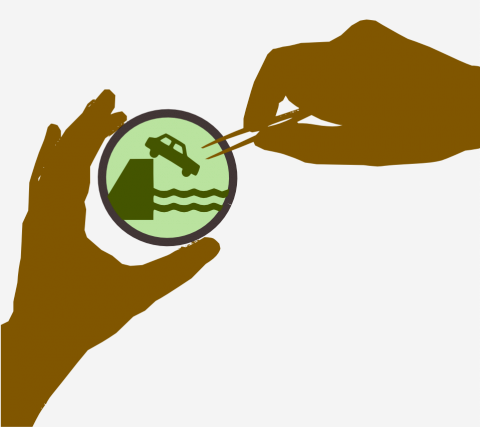 CANCUN, MEXICO – This week, international conservation and environmental leaders are calling on governments at the 2016 UN Convention on Biodiversity to establish a moratorium on the controversial genetic extinction technology called gene drives.

Gene drives, developed through new gene-editing techniques- are designed to force a particular genetically engineered trait to spread through an entire wild population – potentially changing entire species or even causing deliberate extinctions. The statement urges governments to put in place an urgent, global moratorium on the development and release of the new technology, which poses serious and potentially irreversible threats to biodiversity, as well as national sovereignty, peace and food security.

Over 170 civil society organisations from six continents have joined the call. Among them were environmental organizations including Friends of the Earth International; trade unions such as the International Union of Food Workers representing over 10 million workers in 127 countries; the largest global organization  of small-scale famers La Via Campesina International, and organics movements like the International Federation of Organic Agricultural Movements; the international indigenous peoples’ organization Tebtebba; scientist coalitions including European Network of Scientists for Social and Environmental Responsibility and Unión de Científicos Comprometidos con la Sociedad (Mexico); as well as ETC Group and Third World Network.

“We lack the knowledge and understanding to release gene drives into the environment – we don’t even know what questions to ask. To deliberately drive a species to extinction has major ethical, social and environmental implications,” says Dr. Ricarda Steinbrecher, representing the Federation of German Scientists. “It is essential that we pause, to allow the scientific community, local communities and society at large to debate and reflect. We can’t allow ourselves to be led by a novel technique. In the meantime, a moratorium is essential.”

“These genetic extinction technologies are false solutions to our conservation challenges,” said Dana Perls of Friends of the Earth. “We want to support truly sustainable and community driven conservation efforts. Gene drives could be co-opted by agribusiness and military interests. We need a moratorium on irreversible and irresponsible technologies such as gene drives.”

“Gene drives will be one of the fiercest debates at CBD this year,” says Jim Thomas of ETC Group. “Gene drives are advancing far too quickly in the real world, and so far are unregulated. There are already hundreds of millions of dollars pouring into gene drive development, and even reckless proposals to release gene drives within next four years.”

“The CBD is the premier international treaty for protecting biodiversity and life on earth from new threats,” said Lim Li Ching of Third World Network. “It is within the mandate of the CBD to adopt this moratorium, and countries that are party to this agreement must act now to avoid serious or irreversible harm.”

A press conference on the Call for a Moratorium was held on December 5, 2016 at 3pm EST at the UN CBD in Cancun. You can watch the webcast of this press conference at http://flux.live/cop/copvod/public/player/46

2.       The UN Convention on Biodiversity (CBD) is meeting from December 4-17 in Cancun, Mexico. Other synthetic biology topics are being negotiated – more background found in this media advisory: http://www.foe.org/news/news-releases/2016-12-genetic-extinction-tech-and-digital-dna-challenged

3.       In the lead up to COP 13, German Minister for the Environment Barbara Hendricks wrote a statement saying she would not support the release of gene drives into the environment. https://www.testbiotech.org/en/node/1772

4.       In September 2016, the International Union for Conservation of Nature (IUCN) adopted a de facto moratorium on the support or endorsement of research into gene drives for conservation or other purposes. At the same time, 30 leading conservationists and environmentalists called for a moratorium. More information on this moratorium is available at http://www.foe.org/news/news-releases/2016-08-genetic-extinction-technology-rejected-by-international-group-of-scientists.