The ABCs of Ensuring Precaution on Geoengineering

A briefing for delegates to CBD COP11 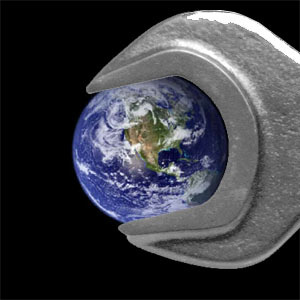 Geoengineering refers to technologies designed to intervene in and alter earth systems on a large scale – particularly proposals to manipulate the climate system as a ‘technofix’ for climate change. Geoengineering can refer to a wide range of schemes, including: blasting sulphate particles into the stratosphere to reflect the sun’s rays; dumping iron particles in the oceans to nurture CO2- absorbing plankton and genetically engineering crops so their leaves might reflect more sunlight.

Such schemes are highly speculative, inequitable and potentially devastating for people and ecosystems. However, the past few years have seen a marked increase in proposals from scientists and scientific institutions, commercial players and even some governments to pursue geoengineering approaches. Several proposals for open-air experimentation have now been tabled. Some are in preparation and, in a few cases, have already been carried out.

In October 2010 in Nagoya, Parties to the CBD adopted a landmark decision to place a moratorium on the testing and deployment of geoengineering technologies (Decision X/33 para 8w) – recognising the particular threat to biodiversity and livelihoods. That moratorium marked the first time an international body had begun to establish oversight over this new field. COP10 Decision X/33 also included a call for three studies: on biodiversity impacts; on governance; and on views and experiences of indigenous and other communities (summarised in UNEP/CBD/SBSTTA/16/10).These studies were to inform appropriate precautionary oversight of geoengineering as it relates to biodiversity.

Those three studies have been completed and reviewed by SBSTTA and Parties will be asked to decide next steps under item 11.2 of the COP11 agenda.

Next Steps – The ABC of Precaution on Geoengineering:

ETC Group proposes that parties meeting in Hyderabad adopt an “ABC” of precaution:

A: AFFIRM the moratorium.

D: DEFEND the role of the CBD in decision- making on geoengineering and biodiversity.

E: ENSURE proper participation of indigenous and local communities in decisionmaking on geoengineering.

This briefing describes that ABC in more detail.