Announcing the Launch of GeoengineeringMonitor.org

Critical resource on geoengineering and resistance 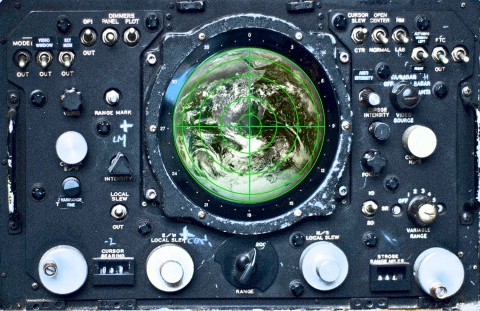 OTTAWA, Feb 9 2015 — As the climate crisis deepens and political and economic leaders remain in a state of paralysis, geoengineering is increasingly being advanced as a potentially “necessary” action; if recent attempts at opinionmaking are to be believed, it has gone from unthinkable to fundable. And yet, public opinion and much of the scientific community considers geoengineering technologies to be risky and more likely to aggravate than resolve the climate crisis.

GeoengineeringMonitor.org provides an overview of criticisms of climate engineering proposals, an historical record of opposition to geoengineering projects, as well as timely updates and realistic evaluations of the latest schemes.

"Geoengineering proponents are taking to the airwaves and the op/ed pages to sell their proposals," said Pat Mooney. "What is most troubling is that these engineers believe they know enough to take control of global atmospheric dynamics. Earth systems are complex and poorly understood; there is no way they can simply make changes and achieve a single, predictable outcome.”

“Proponents of geoengineering appear eager to play ‘god’ while experimenting with our only planet.”

ETC Group and Biofuelwatch, two organizations that have been critical of geoengineering schemes, are jointly launching the new website to provide a resource for people interested in understanding better the many risks associated with geoengineering proposals. GeoengineeringMonitor.org documents ecological risks, including droughts in vulnerable regions like sub-Saharan Africa and ecological dead zones in the oceans. The site currently displays summaries of the latest research on the projected effects of efforts to block sunlight on Africa, Asia and Latin America, as well as analysis of the impacts of large scale “biosequestration” proposals on land, water and biodiversity. The site also offers perspectives  into the likely strategies of the “super major” oil conglomerates in response to the climate emergency.

But it also critiques the thinking behind the schemes.

"People are coming to understand that the climate crisis is escalating while leaders do little or nothing," said Dr. Rachel Smolker of BiofuelWatch. "The geoengineering clique is taking advantage of this situation to promote their planetary technological manipulations. Some of the most avid promoters of geoengineering have links to the fossil fuel industries and to institutions that have backed climate denial."

"The technofix mentality says that we can cure the symptom with risky technologies instead of addressing the cause," Smolker added. "That is a very tempting for politicians who are averse to taking bold steps and many of whom are funded by fossil fuel industries. "

The site provides a partial archive of media coverage of several attempts at conducting real-world geoengineering experiments, most of which were halted by civil society opposition.

"Civil society has put a stop to many attempts to sneak in geoengineering projects," said Smolker. "It's important to document those victories, because we're going to need more of them as we work towards real, just climate solutions."

GeoengineeringMonitor can be viewed at http://www.geoengineeringmonitor.org. The site features updates via Twitter (@geoengmon) and Facebook as well.