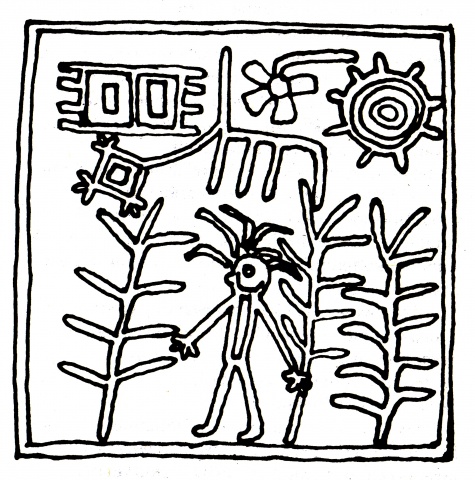 In a great bit of news for World Food Day, a key Brazilian congressional committee today withdrew the consideration of legislation that would have allowed the sale and use of Terminator Technology, also known as suicide seeds. The Constitutional Commission of the Brazilian House of Representatives was slated to consider Bill PL 268/2007 this morning, but decided instead to withdraw it from the agenda – taking into account the social concerns raised by the national and international mobilization in opposition to the bill. Further, the President of the Commission pledged that as long as he is at the helm, he will not allow the bill back on the agenda.

“This should be taken as a victory for Food Sovereignty and Farmers’ Rights around the world. Social movements, farmers’ organizations and CSOs both in Brazil and internationally have made it crystal clear that Terminator has no place in our food, fields or future,” said Silvia Ribeiro, Latin American Director for ETC Group. “This is great news for World Food Day.”

The threat of the Terminator bill quickly mobilized a broad network of social movements, CSOs, NGOs, large umbrella organizations and other groups both within Brazil and internationally, including La Via Campesina, the ANA (National Articulation of Agroecology Movements), FBSSAN (Brazilian Forum on Food and Nutrition Security and Sovereignty), Plataforma Dhesca Brasil (Brazilian Platform on Human Economic, Social, Cultural and Environmental Rights), CONSEA (Brazil’s National Food and Nutrition Security Council), Action Aid, FIAN, Terra de Direitos, FASE, Centro Ecológico and others. At this morning’s meeting, members of the Constitutional Commission were handed both a petition now signed by more than 19,000 people from around the world (in just 3 days) and a resolution from the Second National Conference on Sustainable Rural Development asking for the bill’s rejection. The Conference, taking place now in Brasilia, has 1,500 participants from 26 states, including landless and settled peasants, small farmers, black communities, indigenous peoples, local and traditional communities, artisanal fisherfolk and others, together with representatives from government.

Concern over Brazil’s proposed legislation was also brought to the attention of governments attending the 17th meeting of the SBSSTA (science subsidiary body) to the Convention on Biological Diversity (CBD) currently meeting in Montreal. (193 countries of the CBD agreed on a de facto moratorium on Terminator in 2000.) Representatives from civil society raised the matter with both the Brazilian delegation and the Executive Secretary of the CBD. The alarm had also been sounded the week before in Rome during the meetings of the Committee on World Food Security.

While this is good news, sources in Brasilia stress the importance of remaining vigilant.

“The Terminator bill was withdrawn from the agenda, but it could be resuscitated at some point, and we know there is a second Terminator bill lurking in the labyrinth of the legislature. However, the immediate and unequivocal mobilization from inside and outside the country reminded those in Brasilia that attempts to legalize Terminator won’t go unnoticed or unchallenged,” says Maria José Guazzelli of Centro Ecológico.

From Montreal, ETC Group’s Executive Director Pat Mooney speculates, “Perhaps Congressmen in Brazil realized that if they had violated the Terminator moratorium, the issue would inevitably be raised at the CBD’s COP12 next year in Korea. Korean farmers’ organizations and Via Campesina are known worldwide for their numbers and effective action.”