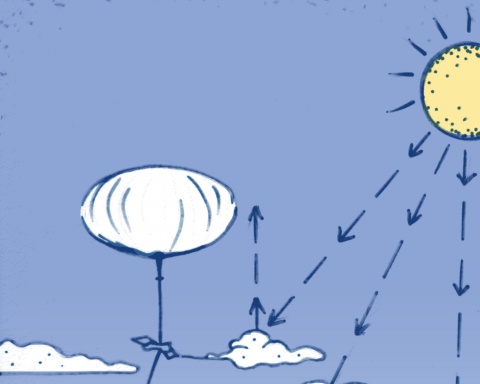 As climate geoengineering – the hypothetical, intentional manipulation of Earth systems to countereffect some of the symptoms of climate change – is entering the mainstream climate discourse, more and more headlines are claiming that sulphur particles in the stratosphere or massive dumps of iron in the ocean “will save the world from climate change.”

To help navigate fact and fiction on geoengineering, today Geoengineering Monitor, a civil society information hub run by ETC Group, Heinrich Böll Foundation and Biofuelwatch, has released fourteen fact sheets that give up-to-date information on the status, key players, and potential impacts of some of most prominent geoengineering technologies:

As the Intergovernmental Panel on Climate Change gears up to release its Special Report on 1.5C global warming later this year and North American geoengineers start to make moves to test their technologies in real-world experiments these fact sheets serve as up-to-date information and critical analysis of geoengineering technologies to navigating the hype.

The fact sheets can be found here http://www.geoengineeringmonitor.org/cat/briefings-and-factsheets/ .

For more information, experts from ETC Group are available to answer questions:

The Geoengineering Monitor Team has also released three briefings about the proposed geoengineering experiments in Tucson, Arizona; Moss Landing, California; and in the Arctic.

Geoengineering Monitor is a civil society led critical resource on geoengineering. Visit geoengineeringmonitor.org for more resources, analysis and to sign up for the quarterly newsletter.