News Release: Concern as IPCC Bangs the Drum for Geoengineering 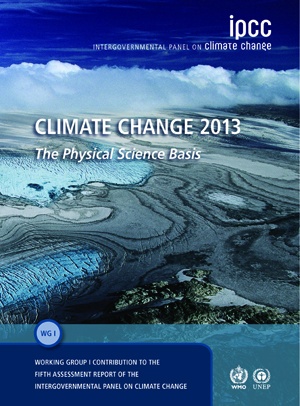 As the Intergovernmental Panel on Climate Change published the first installment of its latest climate change Assessment Report, AR5, the final paragraph of its Summary for Policymakers – a bullet point referring to proposals for deliberately altering climate systems – has caused consternation by addressing the controversial topic of geoengineering. (1)While the paragraph does not endorse geoengineering, as had been proposed by Russia, its very presence is ringing alarm bells.

"It’s the paragraph that should never have been," explained Neth Daño, ETC Group's Asia Director." The explicit purpose of Working Group I [WGI] is to report on the latest climate science, not to discuss response measures. The report doesn't discuss solar power or electric cars; it doesn't discuss public transport, carbon markets or any other actual or potential policy response to the climate crisis, so why have the authors chosen to devote the  concluding paragraph to this highly speculative and dangerous technofix?”

Last week, on the eve of IPCC's final negotiating meeting, The Guardian (UK) revealed that not only was geoengineering to feature in WGI’s report, but also that one country, Russia, had made a bid for the report’s ‘last word’ to endorse geoengineering as a possible solution. (2)

Comments submitted by the Russian government lamented the report’s lack of answers to the climate crisis and proposed including a "possible solution of this [climate change] problem can be found in using of [sic] geoengineering methods to stabilise current climate." Russia also highlighted that its scientists are developing geoengineering technologies. Incredibly, the push for geoengineering was the sole comment submitted by Russia on the summary for policymakers– regarded as a politically sensitive document. It since has been rumoured that the Russian government’s comments had been penned by Yuri Izrael, a notorious geoengineer and climate change denier. In the past few years Izrael has carried out at least two small geoengineering experiments using trucks and military helicopters to release sulphate aerosols into the skies.

The  text approved  in Stockholm last night fell far short of endorsing geoengineering, pointing out that too little is known and that geoengineering schemes "carry side effects and long-term consequences on a global scale." However the paragraph also suggests that geoengineering methods to reflect sunlight "if realizable, have the potential to substantially offset a global temperature rise" – an oversimplification hiding the speculative nature and practical complexity of what are still very theoretical proposals. Nor is this the last time that geoengineering is expected to get a high-profile airing from the IPCC. Two further installments of the  AR5 report (from Working Groups II and III) are expected to deal with geoengineering in more detail. Among the authors of all 3 reports include well-known proponents of geoengineering, some of whom also have commercial interest in its development. Throughout the entire AR5 process, civil society groups have alerted the IPCC that it risks being hijacked by a geoengineering agenda. In 2011, 160 groups sent an open letter to the IPCC asking them not to stray from their mandate (to “provide policy-relevant but not policy-prescriptive information”).

"We are beginning to hear a drumbeat where geoengineering advocates will use the IPCC’s reports to press for geoengineering experimentation and, eventually, deployment," warned Jim Thomas of ETC Group. "The actual sentences about geoengineering in the IPCC report matter less than the fact that they are there at all. They will be repeatedly referenced, lending legitimacy and respectability to a set of suggestions that were previously considered unacceptable and should remain so.”

Silvia Ribeiro, ETC Group’s Latin American Director adds “This report may mark geoengineering's coming of age even though geoengineering does nothing to address the causes of climate change. It is a techno-fix that could be used by the countries most responsible for climate change to avoid their commitments and can have grave unintended impacts; the worst is that it could be used for warfare. This matter should be considered by ENMOD (4) as well as the United Nations General Assembly – and fast."

1. The Paragraph at the end of IPCC Working Group 1 Summary for Policy makers (p21) reads: “Methods that aim to deliberately alter the climate system to counter climate change, termed geoengineering, have been proposed. Limited evidence precludes a comprehensive quantitative assessment of both Solar Radiation Management (SRM) and Carbon Dioxide Removal (CDR) and their impact on the climate system. CDR methods have biogeochemical and technological limitations to their potential on a global scale. There is insufficient knowledge to quantify how much CO2 emissions could be partially offset by CDR on a century timescale. Modelling indicates that SRM methods, if realizable, have the potential to substantially offset a global temperature rise, but they would also modify the global water cycle, and would not reduce ocean acidification. If SRM were terminated for any reason, there is high confidence that global surface temperatures would rise very rapidly to values consistent with the greenhouse gas forcing. CDR and SRM methods carry side effects and long-term consequences on a global scale. {6.5, 7.7}”

3. The Open Letter to the IPCC signed by 160 organisations is online at http://www.etcgroup.org/content/open-letter-ipcc-geoengineering

4. Convention on the Prohibition of Military or Any Other Hostile Use of Environmental Modification Techniques