Climate Chaos in a Geoengineering Age, a Report Commissioned and Published by the Swedish Society for Nature Conservation. 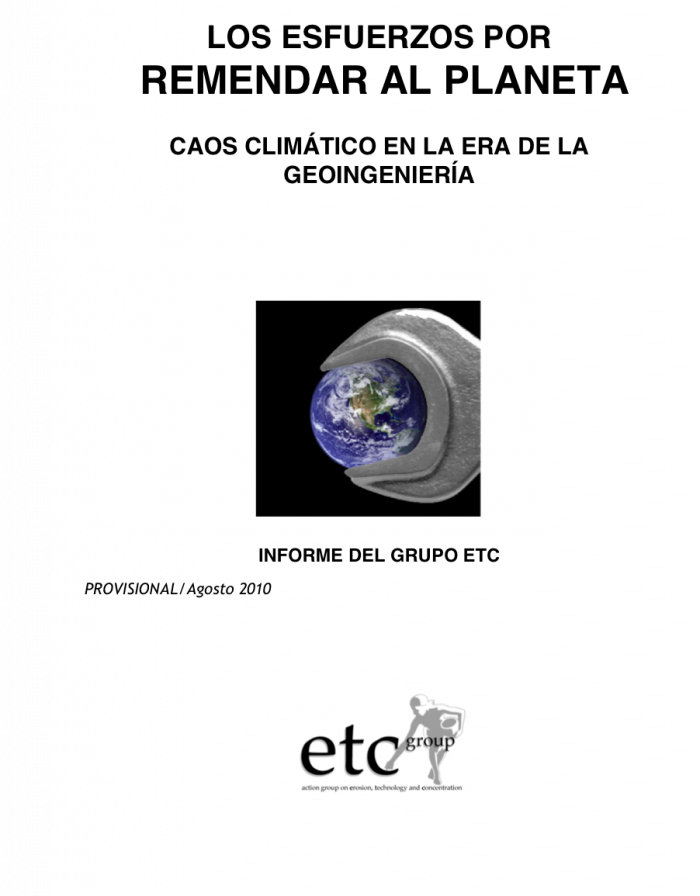 The "proof of principle" that cumulative, local interventions in ecosystems can bring about planetary-level effects is beyond dispute. That’s why we have human-induced climate change. However, another notion is quickly gaining ground: that we can use geoengineering to purposefully intervene to correct the unintentional harm we’ve done to our climate.

To view the webcast of ETC Group's press conference in Copenhagen announcing the release of this paper, go to: http://tiny.cc/5BnqI