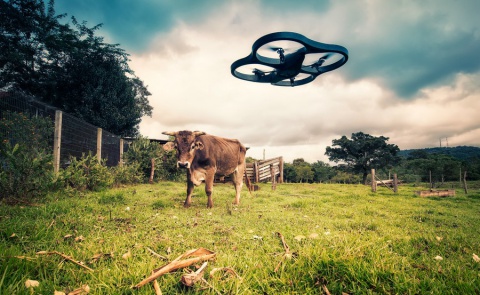 Unless antitrust regulators display the backbone they’ve been missing for the last four decades, the contested $45 billion takeover bid by Monsanto (globally, no. 1 in seeds and no. 5 in pesticides) of Syngenta (no. 1 in pesticides and no. 3 in seeds) will lead to these two companies controlling 54% of global commercial seed sales and a third of the world’s pesticide market.1  While regulators focus on the two agribusinesses, farmers – as well as those of us who like to eat food – should look at the proposed merger through at least three other lenses.

The Joy of Six: First, the global seed and pesticide markets are dominated by just six companies that, together, control 75% of agricultural inputs. If a Monsanto-Syngenta merger comes to pass, there will be no more than five – and possibly fewer – giants left when the dust settles, meaning that the level of corporate concentration in the farm field will increase significantly.

If Switzerland’s Syngenta holds firm and continues to reject Monsanto’s offers, the St. Louis-based company may strike a deal with BASF in Germany. BASF ranks number three in pesticides and has been quietly building up its seed interests over the last several years. Like Syngenta, BASF could offer Monsanto a nice “tax inversion” (a.k.a. tax evasion) if it moved its headquarters to Europe. In the USA, Monsanto is paying somewhere between 28% and 31% in taxes, whereas European companies are paying closer to 15%. But we can’t put these actors in play without also engaging Bayer, DuPont and Dow – three major chemical companies with large pesticide and plant breeding interests. They wouldn’t want to be wallflowers at the dance. If any one of the six companies acquires another, we will see cascading acquisitions and divestitures that may run through the next few months or years. Also looming in the background is state-owned ChemChina, which is looking to become a global player.2

Whatever the result of the current merger machinations, farmers and consumers will be the losers. Over the last several months, the financial press has reported a new wave of takeovers cutting across several high tech sectors. Aside from tax avoidance, a prime goal in mergers has been to actually reduce R&D investment.3 Big companies are historically less innovative than small companies. The other, more traditional goal is to increase market power. The bigger the company the harder they fall on regulators and get their way with politicians, which is why they spend more on PR and less on R&D.4

Gly-phosphates? A second lens is the changing perspective of the agricultural inputs industry, where every aspect of farming now implies proprietary data – from the seed to the soil to the tractor.5 When pesticide companies recognized the synergies made possible by hooking up with seeds back in the 1970s, they set the stage for patent-protected, herbicide-tolerant GMOs. Today, almost all GM seeds have been designed to be herbicide-tolerant, and the integration of seeds and crop chemicals is virtually universal. Back then, however, the companies controlling the other big farm input – fertilizer – didn’t join the acquisition frenzy. Fertilizers are a generic bulk commodity industry unlike biotech plant breeding and pesticides. While we may not immediately see “Gly-phosphate” or “Groundup Ready” packages, the scene is shifting. The big fertilizer companies are feeling the pressure of governments and environmentalists who see huge toxic runoffs into our rivers and oceans, as less than half of applied fertilizers reach the targeted crops. The companies will hedge their bets by tying up with the other input sectors (see below).

iPlots? In the past few years, Monsanto spent $1 billion buying two high-tech weather surveillance companies, with a company exec speculating that Monsanto may be known as an information technology company within five or ten years.6 Monsanto now claims to have detailed historic information on 30 million US farm fields with the precision focused down to 10 x 10 meter units. Since it bought Climate Corp., which uses satellites and aircraft to survey fields and sells crop insurance, Monsanto has increased the customer base for its “Climate Basic” platform to cover more than one third of all US farm land and intends to extend its surveillance world-wide.7 In 2014, the company rolled out FieldScripts, an extraordinarily intrusive, data-based monitoring “service” in the US corn belt – a first step in the envisioned new partnerships with other input sectors, including farm machinery companies.8 For the 2014 planting season, the world’s largest fertilizer company, Agrium, Inc., partnered with Monsanto to offer the “Climate Pro” platform to its retail customers in the US.9

When a single corporation sells the seed, knows the prevalence of pests and sells the pesticide, knows the local soil conditions, then divvies up the fertilizer, predicts the weather at harvest and sells the crop insurance, the notion of cross-sector (and antitrust) begins to lose meaning.

Robo-Crops? There is yet another lens. Three big companies, led by John Deere, control 77% of the world’s $65 billion farm machinery market.10 All three are developing robotic farm machines designed to dispense seeds, pesticides, and fertilizers and all are striving for meter-by-meter control. So in short order, Monsanto’s seeds, Syngenta’s pesticides and Agrium’s fertilizers might wind up inside a robotic John Deere combine guided by commercial satellites and drones. The farm machinery companies are close to twice the size of their seed and pesticide partners. If you have to bet, the smart money says that – if not in 2015, maybe by 2020 – RoboCrop seed/pesticide/fertilizer drilling machines will rule the field. (Last week, the US Federal Aviation Administration approved the first domestic use of a drone big enough to carry a payload of fertilizer and pesticide. The drone weighs just over 200 pounds.11)

“Climate-Smart:” According to the advocates of so-called climate smart agriculture, these are exactly the technologies governments are going to need if they want food security in the midst of climate chaos – and reduced competition is a small price to pay to get big corporate money and know-how behind high-risk research. “Climate-Smart” talk has been in the wind for a decade now, but has mostly stirred up hot air. For the most part, public sector institutes like the Green Revolution’s Consultative Group on International Agricultural Research (CGIAR) have just slapped a new label on old research aimed at developing stress-tolerant plant varieties. For the private sector, “climate-smart” implies a patent rush on genetic traits for abiotic stress-tolerance (e.g., drought, heat or salt resistance). But this rush is recent. The big companies’ multi-decade focus on herbicide tolerance has meant that they have neglected or negated much more important stress-tolerant traits and have actually undermined plant resilience. The shift to climate smart traits turns the failures of biotech into a virtue and lets the companies recoup lost time. It also lets them slip in a battery of synthetic biology techniques (GMOs on steroids) they hope will evade the regulatory scrutiny, such as it is, afforded to GM seeds.

Which brings us back to the original Monsanto / Syngenta merger talks. Since the 1990s, Monsanto has billed itself as a green bioscience company developing GM crops to reduce dependence on toxic pesticides. Herbicide-tolerant plant varieties were supposed to allow farmers to use fewer toxic chemicals, requiring less fossil fuel. In the past few months, however, a succession of academic studies has concluded that not only are pests and diseases becoming resistant to Monsanto’s varieties, but also that Monsanto’s “Roundup” (glyphosate) herbicide, according to even the World Health Organization, is “probably carcinogenic.”12 With GM seed sales plateauing and the weeds winning, Monsanto’s move to buy Syngenta is explicitly a move to protect its profits with more “crop protection” chemicals. Since the Roundup Ready ride may be nearing its end, Monsanto now wants to be “climate smart” and the technology wizards who failed with biotech are moving into surveillance technologies. Monsanto may or may not lose to John Deere, but all of us who still like to eat may lose to the new Agribehemoths if governments don’t break up their oligopoly.

1. All market share data in this report is from ETC Group, Putting the Cartel before the Horse… and Farm, Seeds, Soil, Peasants, etc. ETC Communiqué  111, September 2013 with updates.