Amidst crises and buzzwords, the idea that we should examine technologies' impacts is gaining ground 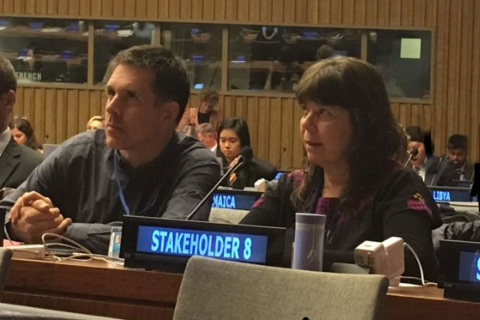 The following is an excerpt from ETC Group's May 2019 newsletter. To receive regular updates, sign up (see right sidebar)!

As converging global crises – biodiversity, climate, plastic – intensify, governments and corporations are scrambling to create new institutions and investors are lining up to finance a new round of buzzword-driven techno-fixes. Talk of “rapid technological change”, “exponential technologies”, “frontier technologies” and “the fourth industrial revolution” can be heard in hallways of a variety of governments, institutions and UN bodies.

ETC is on the front lines of this scramble, insisting on popular, participatory evaluations of the risks and impacts of – not just specific technologies, but technological developments in general.

Nairobi: In March, ETC was at the UN Environmental Assembly where attempts were made (and then blocked by oil-rich nations) to lay groundwork for eventual governance of geoengineering.

New York: “Frontier Technologies” In the UN’s Science Technology and Innovation (STI) Forum in New York, ETC’s Silvia Ribeiro and Tom Wakeford in collaboration with Youth and Women Major Group partners, have been making the case for assessment of what are being called “frontier technologies”. ETC co-organized a side event, “Taming the Digital.” In plenary sessions, Silvia and Tom emphasized the urgent need to establish a UN mechanism for the evaluation of the potential environmental, social, health and other impacts of new technologies in light of the explosive growth of AI, Blockchain, and 5G networks. They also challenged “Exterminator” Gene Drive Technology and proposals for geoengineering as a “climate change response.”

Tokyo: “Society 5.0” ETC Group’s Neth Dano has been leading civil society organizations analysis and responses to Japan’s proposals for a “Society 5.0” in the lead-up to the G20 summit in June. With partners, we’re sounding a note of caution about the use of big data, AI, robotics and other technology to reshape society – for example, by collecting vast amounts of health information about every individual. 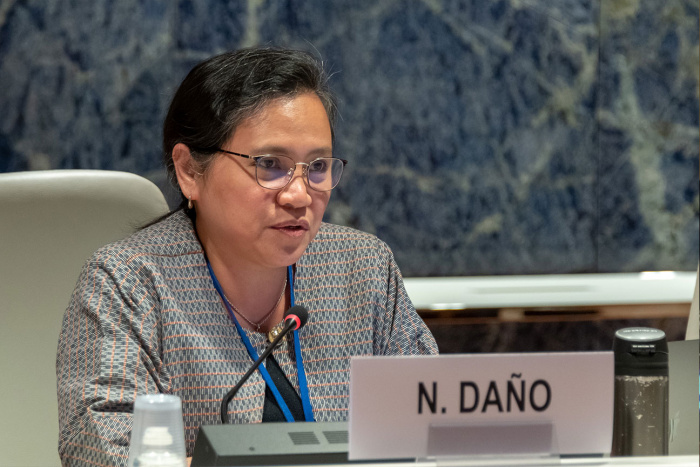 Geneva: Gender and Tech At the UN Commission on Science and Technology for Development, Neth Daño shared ETC’s view on gender inclusion in “STI” – increasing participation, she told the commission, is not enough; more women are needed in decision-making roles. Beyond representation, Neth called for the institutionalization of gender audits of technologies, to examine the impacts of new technologies on women, whether it’s the availability of properly-fitted spacesuits or the lives of small-scale farmers. 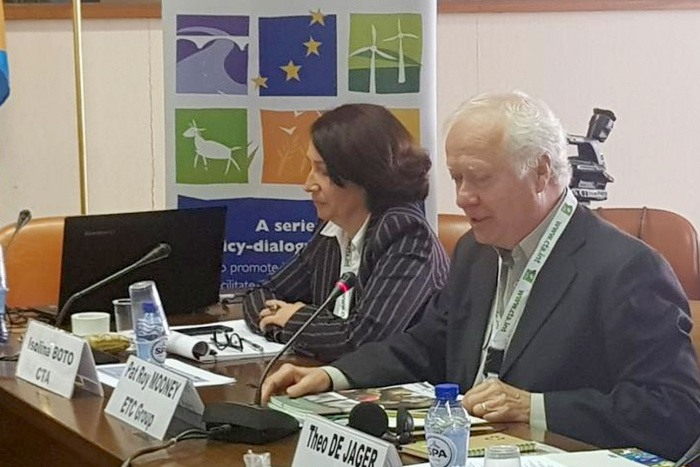 Brussels: Blocking Blockchain Responding to rapid investment in blockchain technologies for agricultural application, ETC’s Pat Mooney shared a more critical view with about 150 diplomats attending the Technical Centre for Agricultural and Rural Cooperation (CTA) in Brussels. Countering the rhetoric of inevitability, Mooney urged caution, raising questions about the technology’s massive energy cost and countering claims that blockchain tracking of land could help rural farmers. He suggested that the opposite could be true: blockchain could open up new lands to speculators and incentivize land-grabbing activities.

All of these efforts feed into a push for systematized technology assessment at the national, regional and global levels.

We’re seeing an increased interest in many of these fora. Going forward, we’ll be exploring how to build a new governance model for emerging technological change that links the knowledge and experiences of indigenous and rural communities, movements and civil society directly into the high level discussions now bubbling on the global planetary stage.

Whether its gene drives in West Africa, Precision drones for conservation in Southeast Asia or digital agriculture platforms in North America, we welcome conversations on how to prioritise people over profits as governance debates heat up.