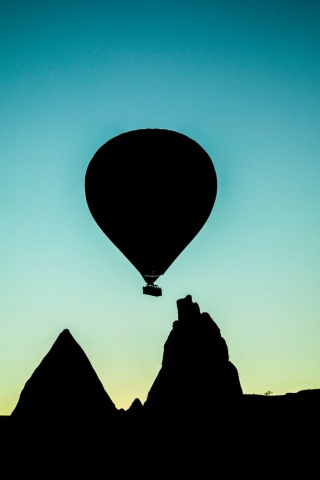 Washington, DC – The Trump administration’s repudiation of the UN’s 2015 Paris agreement on climate change and its rollback of the EPA and other US agencies on monitoring and mitigating global warming has created an unexpected opportunity for a rogue group of climate researchers to seek support for an alternative climate change strategy. More than 100 scientists, science writers and policymakers are in Washington today at the invitation of Harvard and UCLA researchers to discuss the growing enthusiasm for a climate geoengineering technology known as “solar radiation management” (SRM) that would attempt to lower global temperatures by deflecting sunlight.

SRM technology has been discussed for decades, but interest in research and deployment has grown significantly in the last ten years, and got an unexpected boost in Paris at the end of 2015 when governments pledged to keep temperature increases well below 2°C before 2100. Limiting global warming under 1.5 degrees above pre-industrial levels is a goal that the entire world (and particularly the most vulnerable countries) desperately needs – the problem is that the Paris Agreement didn’t include the necessary mandatory emissions cuts to reach that goal.

“Scientists and policymakers in Paris knew that – barring immediate, deep and mandatory cuts in GHG emissions – governments would blow past the 2°C ceiling before 2050, if not by the mid-2030s,” explains Silvia Ribeiro, ETC Group’s Latin America Director, who is attending the Washington event. “The only theoretical way to lower the planetary thermostat without ending the era of fossil fuels, according to some scientists, is to open up a Pandora’s box of geoengineering techniques that could artificially and temporarily mask the impact of GHG emissions.”

Carbon dioxide removal methods, such as bio-energy with carbon capture and storage, are proposed by some, although there is a growing amount of evidence that those techniques won’t work, and the production of “bioenergy” will compete with food production and severely impact land and biodiversity.[1] While some think this is proves the need for real GHG reductions, geoengineers are taking the opportunity to promote even more dangerous technologies. Leading the array of untested geoengineering technologies is SRM. The most common form of SRM is ‘delivery systems’ that would blow sulfates into the stratosphere, acting like an artificial volcanic dust cloud by reducing sunlight and dropping temperatures. Proponents of SRM – most notably the scientists at Harvard and UCLA hosting the Washington confab – acknowledge that such an approach is untried and could even backfire. They also concede that SRM cannot be a long-term solution to the global warming phenomenon. GHG gases will continue to build up even as the sun is blocked, and any sudden stoppage of the sunblock would result in an immediate sharp temperature rise that could be disastrous. Nevertheless, they will argue that the Paris Agreement and the Trump administration’s rejection of it mean they must take geoengineering seriously as a backstop, and therefore must conduct open-air experimentation.

GHGs meet WHGs: Some of the Washington conference participants, according to ETC’s Ribeiro, think they could find a sweet spot between Paris and Washington where the Trump Administration might support experiments in global thermostat manipulation in the future as a “Plan B” if the environmental damages of climate change become unacceptable to Americans. “In Paris, we were worried about greenhouse gas emissions,” Silvia Ribeiro says, “now we also have to worry about White House gas emissions – Trump’s hot air.”

SRM’s High Noon in Tucson?  Harvard physicist David Keith has told his Washington audience that his institute will conduct a stratospheric SRM experiment sometime in the latter half of 2018 in collaboration with a private space company called World View who have opened a Spaceport near Tucson, Arizona. Keith calls it the Stratospheric Controlled Perturbation Experiment (SCoPEx).[2]  World View specializes in commercial massive balloons that can carry 100kg payloads to the stratosphere and remain aloft and stationary for long periods. Keith and World View then plan to use drones equipped with sensors to study the release of micro or nanoparticles of various substances including sulphates, calcium and diamond dust. Keith is understood to have funding from Bill Gates’ Fund for Innovative Climate and Energy Research, the Hewlett Foundation, the Alfred P. Sloan Foundation, and others,[3],[4] but is likely still looking for other sources of funding.

Keith’s initiative is one of two open-air SRM geoengineering experiments that may take place in the next few years in the US. ETC Group is aware of a second experiment to whiten clouds planned for Moss Landing near Monterey Bay, California. This experiment is being planned by Thomas Ackerman, a climate scientist from Washington State, in collaboration with a group of Silicon Valley engineers. A third experiment to seed high altitude cirrus clouds may also be in preparation. In addition to the American experiments, it is thought that other tests may be in the works supported by the governments of China and Russia. Russian scientist Yuri Izrael has already carried out limited SRM tests using military hardware. South Korea, too, may conduct a somewhat different ocean geoengineering experiment in 2018 or later.

Trump Pets: The Trump White House has several connections to the geoengineers already. Leading geoengineering advocates now close to the administration include former Exxon CEO Rex Tillerson (now Secretary of State) whose oil company has been engaged in moving forward the geoengineering debate for decades; Former house speaker and Trump confidante Newt Gingrich, who has strongly advocated for SRM and established a geoengineering project at the fossil-fuel funded American Enterprise Institute; and geoengineering hawk David Schnare, who has previously laid out detailed plans in congressional hearings on how to start SRM tests and move to rapid deployment. Schnare and other climate skeptics see geoengineering as a way to address climate change impacts while avoiding admitting the role of fossil fuels. Until last week, Schnare was on the Trump administration transition team in the EPA. “This is precisely the kind of big, brash initiative that Donald Trump may like – a wall in the sky to keep out sunlight,” Jim Thomas, ETC’s Programme Director in Canada says. “He would probably personally like to blow up David Keith’s balloon.”

UN Moratoria: the geoengineering experiments fly in the face of a UN de facto moratorium on geoengineering adopted by governments’ consensus in 2010 at the UN Convention on Biological Diversity. The moratorium was reaffirmed last December by another meeting of the UN Convention in Cancun. However, the USA is almost the only country in the world that has not ratified that Convention and David Keith and his colleagues seem willing to exploit that loophole to conduct experiments in the United States.  Political transboundary issues may, however, quickly come into play after releasing 1 kilometres by 100 metre dust clouds – the World View Spaceport at Tucson is only 96 kilometres from the Mexican border, and stratospheric winds can blow at up to 300 kilometres per hour.

Both China and Russia are signatories to the UN Convention – hence their silence. South Korea has also supported the UN Convention as well as the London Convention and is reported to be seeking permission from the UN’s marine body to conduct an ocean geoengineering trial within its territorial waters.

“These are dangerous times,” Ribeiro concludes in Washington, “we have denial by governments pretending they can keep the temperature below 2°C in 2100 without supporting the real cuts and real alternatives needed to do it, and we have at least three powerful governments that want to tinker with the climate – USA, Russia and China – who would have no hesitation if they could unilaterally control the planet’s thermostat. This is absolutely the wrong time for naïve scientists to give them the tools and the excuse to avoid their international commitments and conduct high-risk, unilateral techno-fixes that threaten everybody´s climate.”

Quotes from civil society on geoengineering is available here