UN Convention still says “No” to manipulating the climate 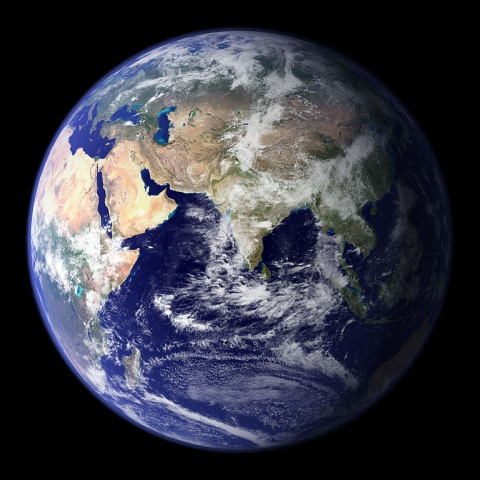 CANCUN, MEXICO – The UN Convention on Biological Diversity (CBD), which gathered at its 13th Conference of the Parties (COP 13) in Mexico from December 4-17, decided to reaffirm its landmark moratorium on climate-related geoengineering that it first agreed to in 2010.

Geoengineering refers to a set of proposed techniques that would intervene in and alter earth systems on a large scale – recently, these proposals have been gaining traction as a “technofix” solution to climate change. Examples include solar radiation management techniques such as blasting sulphate particles into the atmosphere as well as other earth systems interventions grouped under a second broad umbrella of ‘carbon dioxide removal.’

The reaffirmation of the CBD moratorium is even more relevant in the light of the Paris Agreement on climate change, in which governments agreed to limit global temperature rise to 1.5 degrees. Geoengineers quickly interpreted the Paris Agreement as allowing or encouraging geoengineering to meet that ambitious goal.

“The decision to reaffirm the global moratorium on geoengineering is an important message for those who are now promoting it as shortcut to achieve the Paris Agreement goals. Geoengineering schemes will impact the global commons and will have transboundary impacts that could be worse than climate change,” said Silvia Ribeiro, Latin America Director of ETC Group. “The CBD made a landmark decision on 2010 to halt the deployment of geoengineering because of its potential widespread negative impacts on people and biodiversity, and that decision holds firm.”

“Climate change and biodiversity erosion are both acute interrelated global problems that demand urgent attention and action,” said Neth Daño, Asia Director of ETC Group. “However, climate geoengineering proposals are a set of unproven techno-fixes that do not address the root causes of either climate change or biodiversity loss, and could deviate attention and resources from real, affordable, safe, and globally much more fair alternatives.”

The CBD decision noted also that the potential impacts of geoengineering on biodiversity and ecosystem functions, as well as on socio-economic and cultural/ethical issues have not been studied. This is one of the main conclusions in the updated report on the impacts on geoengineering on biodiversity that was organized by the CBD. “Taking the precautionary approach is the least the UN can do,” said Silvia Ribeiro.

In a 2016 article in Nature, Phil Williamson, the coordinator of that report, highlighted that the Intergovernmental Panel on Climate Change, which released the largest climate change report to date in 2014, “[…] leaves out one crucial consideration: the environmental impacts of large-scale CO2 removal. This omission is striking because the set of IPCC emissions scenarios that are likely to limit the increase in global surface temperature to 2C by 2100 […] mostly relies on large-scale CO2 removal.”[i]

Specifically, the IPCC did not look at the environmental or biodiversity impacts of their favoured technique: BECCS (bioenergy with carbon capture and storage) or of other so called “negative emissions” technologies. Furthermore, recent scientific studies also show that these proposals are not technically or economically viable, but would imply large impacts on biodiversity and traditional livelihoods.[ii]

“The reaffirmation of the CBD moratorium on geoengineering, taken by consensus of 196 governments, is a wake-up call for the governments considering these dangerous proposals” said Jim Thomas, Programme Director at ETC Group. "It was a mature decision not only to protect biodiversity, but also to prevent the few and powerful actors that want geoengineering from taking control of the global thermostat.”

The decision also emphasised that indigenous peoples and local communities’ knowledge must be taken into account. “There are plenty of proven viable, sustainable, culturally and economically viable solutions to stop both the erosion of biodiversity and climate change, such as peasant agriculture, that need attention and support instead of high-tech, high-risk false solutions such as geoengineering” said Silvia Ribeiro.

Geoengineering has been a topic of discussion in the CBD for almost a decade and in 2008, the CBD issued a moratorium on ocean fertilization. Therefore, the geoengineering decision in COP 13 was preceded by longer debates in the CBD’s subsidiary scientific body (SBSTTA) and previous COPs creating high level of agreement, and as such was not a hotly debated topic in Cancun.

The full decision of the CBD can be found here: https://www.cbd.int/doc/meetings/cop/cop-13/in-session/cop-13-l-04-en.pdf