Responding to Andy Parker of IASS-Potsdam 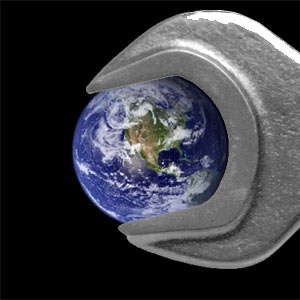 On Nov.10th 2014 Jim Thomas was quoted in a New York Times article about geoengineering arguing against field experiments. Consequently the Washington Geoengineering Consortium invited Jim to take part in an online point-counterpoint-style debate with Andy Parker of IASS-Potsdam. Jim agreed to two rounds of debate (350 words each per round) for publication, in which Mr. Parker would get the last word. We expected – and welcomed – a model discourse between our Program Director and IASS’s Fellow for Stakeholder Engagement on the topic.

Boy, were we wrong! The resulting dialogue can be read here.

The discussion began civilly enough, but Andy Parker chose to use his “last word” privilege to launch a decidedly uncivil attack on ETC Group including several questions that he knew we could not respond to within the debate’s format. Additionally, he intentionally misrepresented our position on geoengineering research. Parker also used his limited word allotment to name some of our funders.

When we asked to correct Parker’s factual misrepresentation, he refused. He did, however, finally agree to slightly dial down his abusive language, and accept this link to our geoengineering and climate page.

ETC Group is saddened by the invective and false claims by someone from IASS-Potsdam, a well known research institute established by the German government. Until now, ETC has had cordial and constructive relations with the institute’s staff. We were invited to – and participated in – two recent conferences on geoengineering organized by IASS-Potsdam and amicably shared a panel at the UN General Assembly in New York. Our several exchanges over the years with IASS researchers about topics like geoengineering, oceans, and agroecology have always been respectful. We trust this experience is an aberration.

We do not regard the Washington Geoengineering Consortium, who initiated the dialogue in good faith, to be responsible for this unpleasant outcome. We understand they attempted to reason with Mr. Parker, causing him to slightly moderate his insults.

Given that unfair characterizations are being made of ETC Group in a forum that does not allow us to respond, we are choosing here to clarify and explain our position. Jim Thomas’s responses to Parker's charges follow.

Parker: "I’m left wondering if ETC will ever engage seriously with global warming."

Thomas: “At the time Parker wrote, two of our staff were at the climate negotiations in Lima. ETC Group have been consistently following climate negotiations for some years now, serving as civil society representative in the UNFCCC's technology committee and as formal observers to the IPCC (the international Panel on Climate Change). For a sense of our research that touches on climate issues see this page. We engage seriously with the climate threat.

Parker is annoyed that I didn’t address each of his numerous questions point by point. The word limit was strict. We were having a dialogue not an interrogation.”

Parker: "Your main proposal - forcing humanity to return to peasant agriculture - is at best unrealistic and at worst reckless."

Thomas: “Here is where Parker eventually moderated his language. He originally wrote our support for peasant agriculture was ‘somewhere between sinister and astonishingly stupid’. It appears that Mr. Parker knows little about agriculture. Peasant production currently feeds 70 per cent of the world. Please see our report, “With Climate Chaos, Who Will Feed Us?”

Thomas: “Parker originally wrote that ETC's policy is to ‘oppose research’ and this rewrite maintains that fiction. Parker knows this is wrong. I asked to append this note after Parker’s statement:

"ETC Group would like to clarify this is incorrect and misleading. As already explained ETC Group specifically opposes that research which contributes to developing and deploying the technologies of geoengineering, specifically field experiments on geoengineering techniques and hardware development. ETC Group does not in principle oppose modelling of the climate system or other contained research activities that do not materially advance development of the underlying technological capability to geoengineer the planet. ETC Group works constructively with many researchers in both the natural and social sciences and is itself a research organisation. It would be ridiculous for us to 'oppose research' in the sweeping way that Andy tries to characterize."

Parker refused to allow this clarification to be appended.

Parker: "By seeking to block the development of something that might greatly reduce suffering you are taking an enormous gamble with the lives of the world’s poorest people, apparently just to further your own ideology."

Thomas: “It is a common rhetorical device by supporters of risky technologies to accuse precautionary voices of imagined future disasters. Individuals and organizations who oppose GMOs are accused of starving the third world, those farmers opposed to Golden Rice are accused of condemning millions of children to blindness, Campaigners against toxic DDT are accused of condemning many more to death by malaria. And so on. This rhetoric is manipulative. It’s likely that the effects of deploying solar radiation manipulation techniques will be huge disruptions to agricultural systems that the world’s poorest people depend on to live. Please see our reports on computer modelling of geoengineering for Africa, Asia, and Latin America.”

ETC Group also wishes to point out that in listing our major funders in his closing text,, Parker is hoping that readers will write to them to undercut our financial support. This is inimical to civil discourse, and we trust that this approach will be absent from future exchanges.