Why SRM experiments are a bad idea 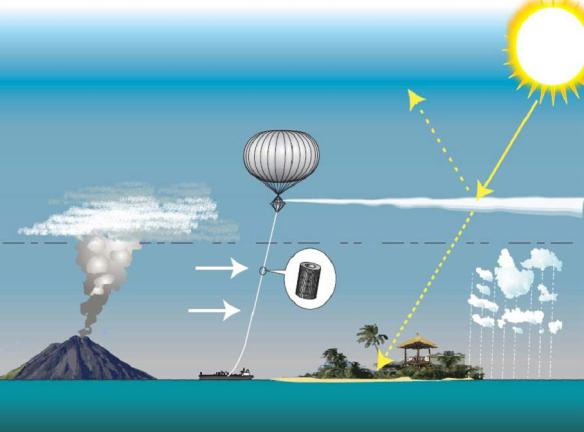 Solar Radiation Management (SRM) describes a set of geoengineering techniques that aim to counter human-made climate change by artificially increasing the reflection of heat from sunlight (solar radiation) back into space. Some advocates have started using the term “solar geoengineering” – but these techniques are not related to solar power production.

SRM encompasses a variety of techniques: using reflective “pollution” to modify the atmosphere, covering deserts with reflective plastic, increasing the whiteness of clouds or blocking incoming sunlight with “space shades.”  The most-promoted proposal is to create dust clouds that artificially mimic “volcano clouds” by injecting layers of reflective particles, such as sulfates, into a higher layer of the atmosphere called the stratosphere.

This briefing outlines the ethical, political and environmental arguments against solar radiation management (SRM), and explains why even SRM experiments are a bad idea.