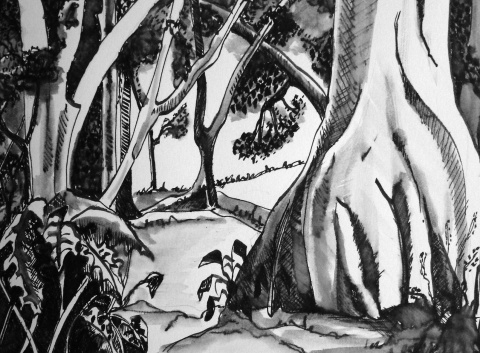 Farmers produce food, not carbon. Yet, if some of the governments and corporate lobbies negotiating at the UN climate change conference to be held in Warsaw from 11-22 November have their way, farmland could soon be considered as a carbon sink that polluting corporations can buy into to compensate for their harmful emissions.

“We are directly opposed to the carbon market approach to dealing with the climate crisis,” says Josie Riffaud of La Vía Campesina. “Turning our farmers' fields into carbon sinks – the rights to which can be sold on the carbon market – will only lead us further away from what we see as the real solution: food sovereignty. The carbon in our farms is not for sale!”

Carbon trading has totally failed to address the real causes of the climate crisis. It was never meant to do so. Rather than reducing carbon emissions at their source, it has created a lucrative market for polluters and speculators to buy and sell carbon credits while continuing to pollute. Now the pressure is increasing to treat farmland as a major carbon sink which can be claimed as yet another counterbalance to industrial emissions. The governments of the US and Australia, the World Bank and the corporate sector have long argued for this, and for the creation of new carbon markets where they can purchase land-based offsets in developing countries. Agribusiness is well positioned to profit from these, and some developing country governments hope that offering their forests, grasslands and farmland to polluters in the North could earn them revenue.

The November United Nation Framework Convention on Climate Change (UNFCCC) conference in Warsaw risks pushing us deeper into this carbon market mess. Marcin Korolec, Poland's minister of the environment and main organiser of the event, proudly announced that for the first time ever, representatives of global business will be formally part of the negotiations. A look at the list of official partners of the conference shows that they are amongst the most polluting industries of the world.

Agriculture is a major contributor to climate change, but Henk Hobbelink of GRAIN points out that: "It is the industrial food system – with its heavy use of chemical inputs, the soil erosion and deforestation that accompanies monoculture plantation farming, and the ever-growing drive to supply far away export markets – which is the main culprit behind the climate crisis. Rather than promoting this with carbon markets, the world's leaders should support peasant farming and agroecology as the solution.” GRAIN's research has shown that a sustained focus on peasant-based agroecological practices oriented toward restoring organic matter to soils could capture 24-30% of the current global annual greenhouse gas emissions.

A week after the climate negotiators have flown home from Warsaw, most likely without having agreed to any meaningful action on the climate crisis, the World Bank and the governments of the Netherlands and South Africa will convene an international conference in Johannesburg to promote ”climate smart agriculture”, and set up a new alliance to achieve it.

But a look at the proposals on the table shows that it entails nothing more than business as usual: new genetically modified seeds developed by biotechnology corporations, more chemical fertilisers and pesticides by the agrochemical giants, and more 'bio-intensive' industrial plantation farming. “Climate smart agriculture has become the new slogan for the agricultural research establishment and the corporate sector to position themselves as the solution to the food and climate crisis,” says Pat Mooney of the ETC Group. “For the world's small farmers, there is nothing smart about this. It is just another way to push corporate controlled technologies into their fields and rob them of their land.”

At the same time, these very corporations are developing other high-risk technologies, ranging from synthetic biology, to nanotechnology and geoengineering. There is no clear understanding of their impacts and these new dramatic technologies will wreak more havoc on our already fragile planet than cure the climate and environmental crises.

Agriculture's central role of feeding people and providing livelihoods to smallholders around the world should be defended, says Elizabeth Mpofu, from Vía Campesina. “Rights over our farms, lands, seeds and natural resources need to remain in our hands so we can produce food and care for our mother earth as peasant farmers have done for centuries. We will not allow carbon markets to turn our hard work into carbon sinks that allow polluters to continue their business as usual.”

* La Via Campesina is the global movement of peasant farmers struggling for food sovereignty. GRAIN and ETC Group are international organisations that fight the industrial food system and support peasant based alternatives. They have joined forces in a partnership to advance peasant based agroecology.

* For Via Campesina's positions on food and climate, see the Via Campesina position paper "Small Scale Sustainable Farmers Are Cooling Down The Earth”.

* For GRAIN's paper on the role of the industrial food system in the climate crisis, and how peasant led agroecology is the real solution, see: “Food and climate change, the forgotten link”