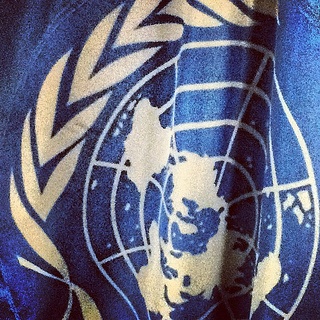 ETC Group’s Neth Daño notes, For a lot of the world, ‘Rio+20’ signifies the big environmental jamboree taking place this week in Brazil – before the Olympics and after the Queen’s Jubilee. For the thousands of negotiators and civil society observers, including ETC Group, who have tracked the process since 2010, Rio+20 ended a few short hours before the world’s ‘leaders’ touched down at Rio’s Galeão International Airport. With five staff members and more allies on the ground in Rio, ETC Group offers an overview of Rio+20, including some unexpectedly good things from an otherwise dismal summit.

But first, the undeniable “Many delegations are genuinely embarrassed by the title of their outcome document, ‘The Future We Want’, which sets sights on a future that can’t be achieved by the haplessly short-sighted initiatives proposed.”

The big winner in Rio is the industrial private sector, getting the green light to advance a ‘green economy’ with the promise of ‘enabling environments’ and public resources. After months of opposition, and under pressure from Brazil trying to cobble something out of the rubble of New York negotiations, the global South accepted an umbrella concept of ‘green economy’ with several ‘conditions,’ but the concept is still vaguely defined and open to interpretation by industry, governments and international financial institutions. For industry, the green economy clearly means the financialization of nature – the notion that every watershed and waterlily will be priced and pigeonholed (and traded and sold) as part of nature’s ‘environmental services.’